It Can Groove, But Does It Jive?

In August of 2015 progress towards making wire with microgrooves in the guidewire size range was summarized in A New Take on Wire Geometry – Functional Grooves.  Now the focus has shifted to comparing the mechanical performance to that of solid round wire.

Five straightened 304V (ASTM A313) stainless steel wires were tested: three grooved (described by nominal OD and groove shape), and two round.  Actual OD refers to each wire’s round diameter as measured on a bench micrometer, while the Equivalent OD refers to the round wire diameter that has an equivalent cross sectional area to that of each grooved wire.

Thus far, much of the grooved work has been focused on spring temper 304V.  Tensile strengths higher than 325 ksi are achievable when the missing cross section due to the groove is accounted for.

Rotary beam fatigue testing was performed in order to see if the grooves significantly impact fatigue life.  There was a large amount of overlap between the grooved and round wire results. 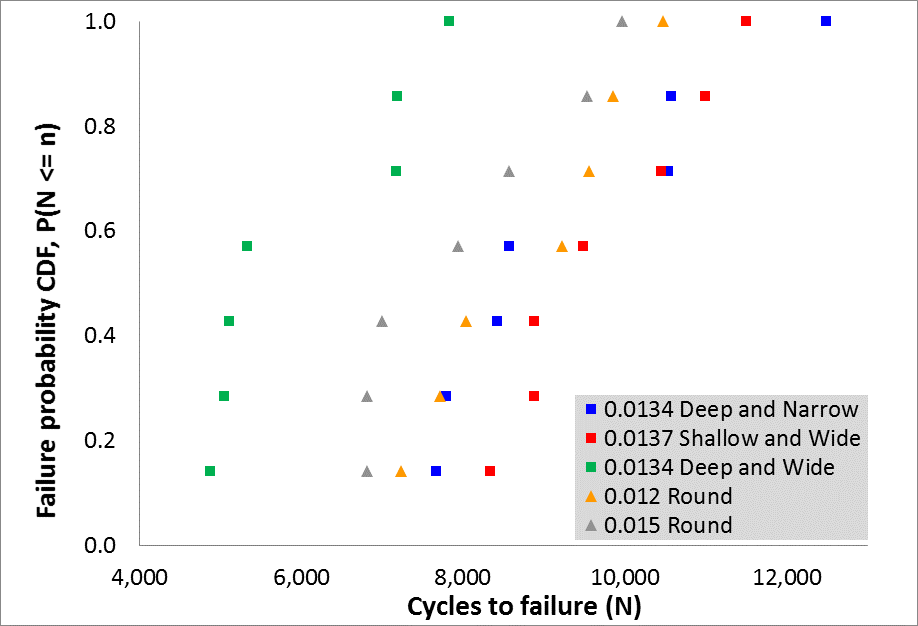 The grooves necessarily spiral around the OD of the wire, so torsion testing was performed to see if the handedness of the groove (left hand helix vs. right hand helix) significantly impacts torque characteristics.

Differences in bending stiffness were anticipated, depending on how the groove was oriented relative to the point of contact with the pin the wire was being bent around.

All specimens achieved 30 bends without fracture; each result is the average of five (5) tests.  Each test was run using a 7 N•cm torque?type load cell with a 0.3 cm moment arm.  Each test specimen was subjected to 90° bends; if no fracture was detected, the test was terminated after 30 bends.  Each grooved sample was tested in three (3) orientations, such that the groove was oriented at the fulcrum as shown: 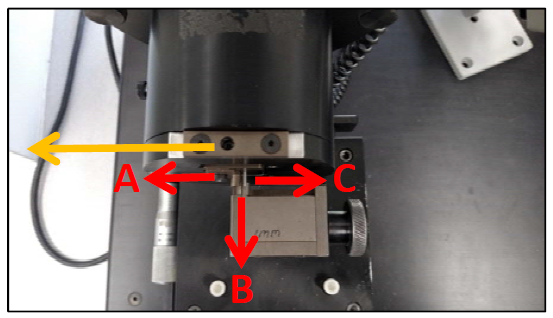 Finally, dynamic cast resistance (DCR) testing was ran to explore the groove’s impact on the wire’s resistance to taking a permanent set when bent over a known radius under tension.

The basic DCR test method is as follows:

Ultimately, some mechanical performance is sacrificed by having the groove. However, the grooved samples all performed within a reasonable range that was bracketed out by the round wire test data. Future trials will try to optimize the mechanical properties and push strength levels towards 400 ksi. Stay tuned!

Disclaimer: Our monthly highlights are sneak peeks of what our R & D department is working on. This does not mean we have what is referenced above ready for manufacturing.